Warning: Parameter 2 to qtranxf_postsFilter() expected to be a reference, value given in /home/danteali/public_html/wp-includes/class-wp-hook.php on line 287
 Film – Società Dante Alighieri Libano
Skip to content 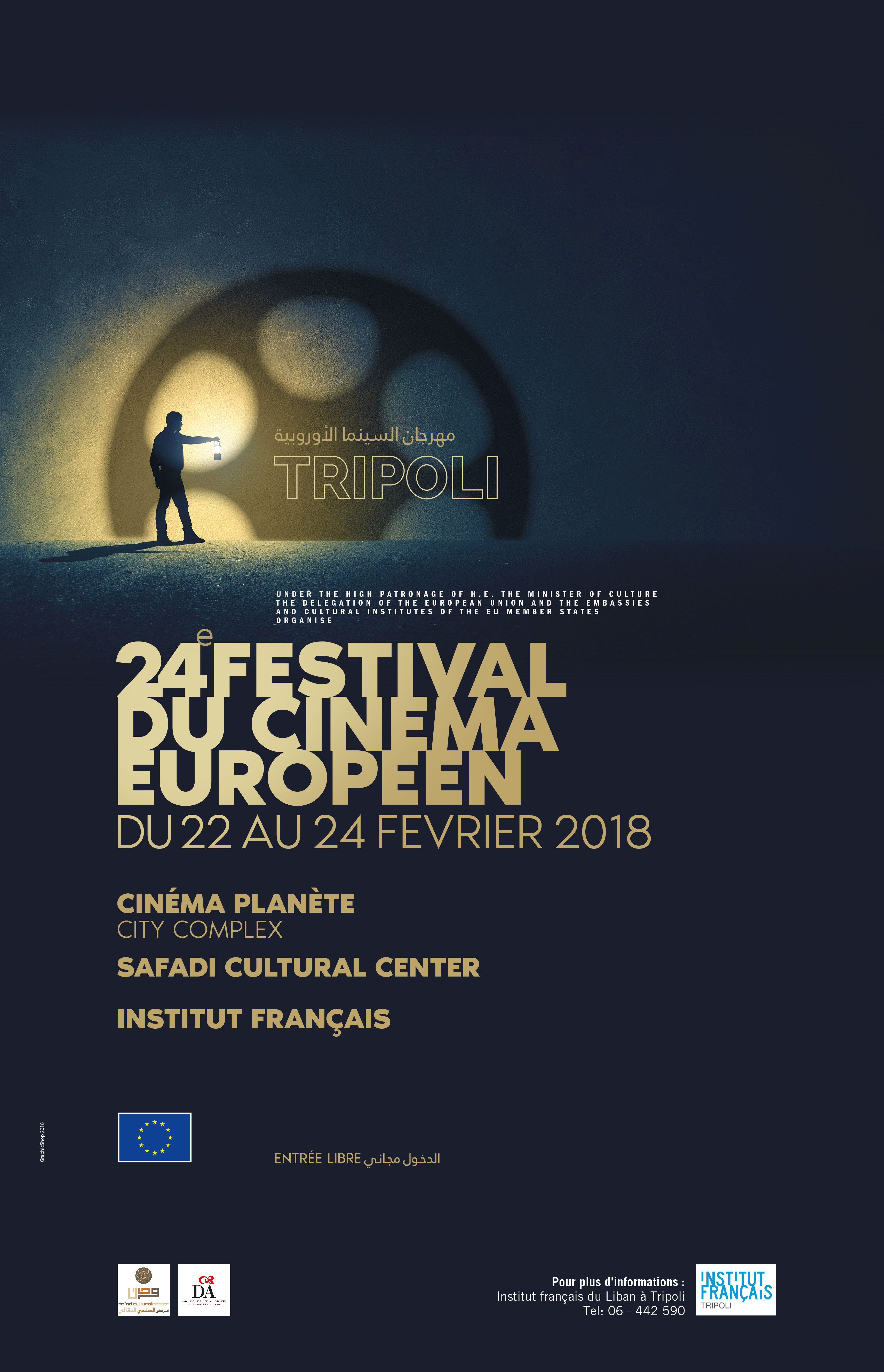 Thursday 22 February will mark the beginning of the 2018 edition of the European Film Festival in Tripoli, that will start with the screening of the Italian movie “Husband and Wife” at the Cinema Planéte, City Complex Tripoli. FREE ENTRANCE. 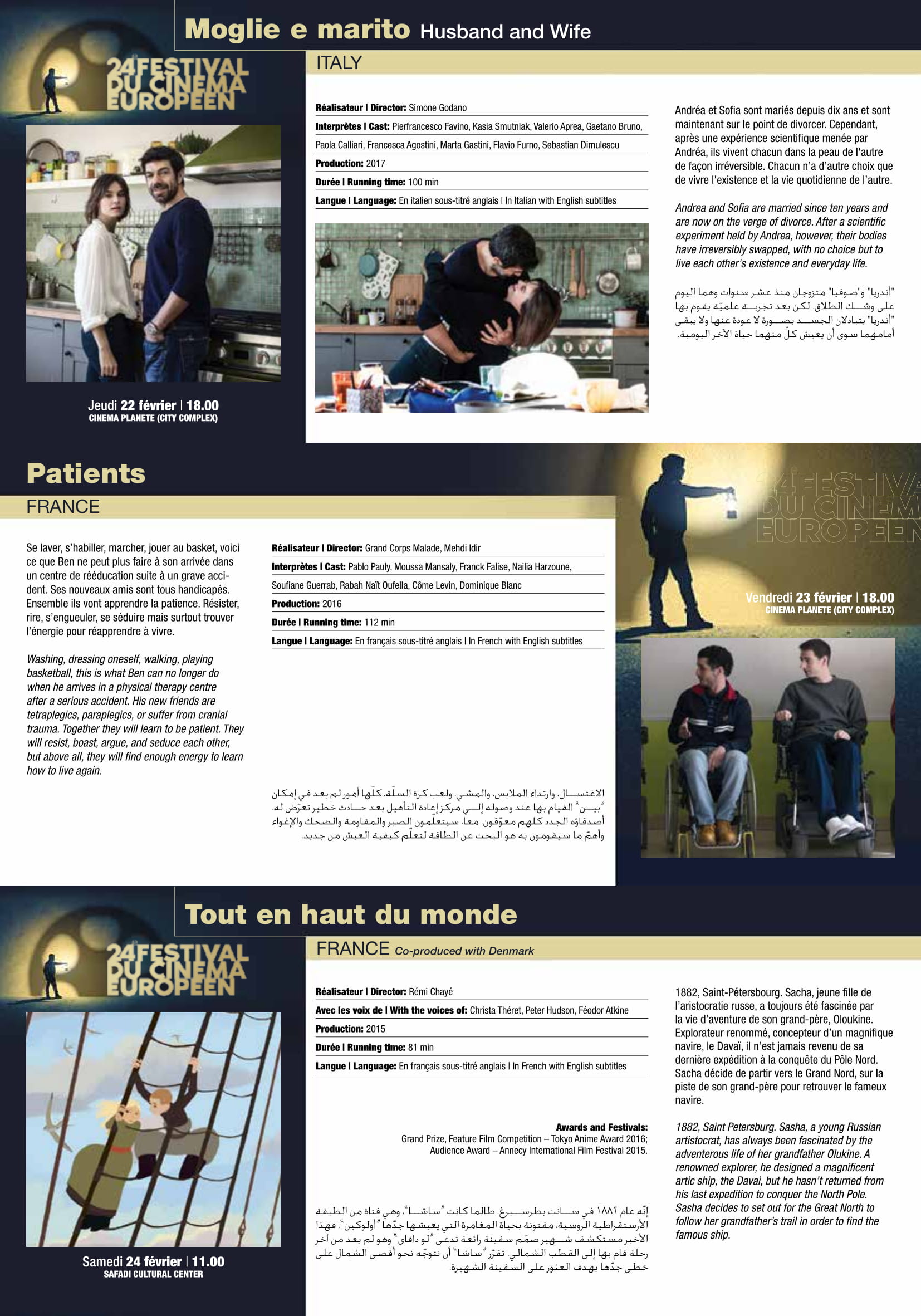 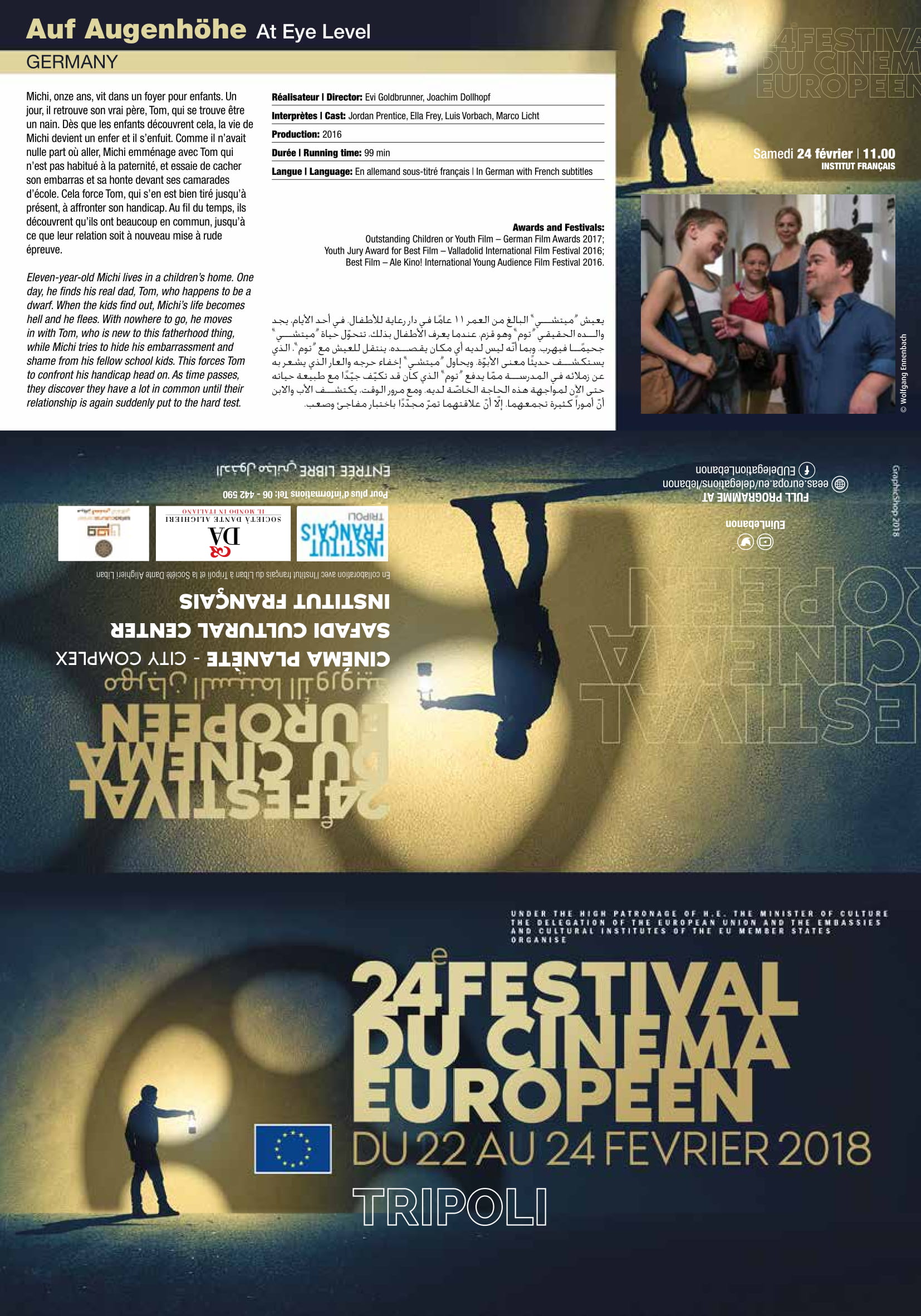 Director : Grand Corps Malade, Mehdi Idir
Cast : Pablo Pauly, Moussa Mansaly, Franck Falise, Nailia Harzoune, Soufiane Guerrab, Rabah Naït Oufella, Côme Levin, Dominique Blanc
Production : 2016
Running time : 112 min
Language : In French with English subtitles
Washing, dressing oneself, walking, playing basketball, this is what Ben can no longer do when he arrives in a physical therapy centre after a serious accident. His new friends are tetraplegics, paraplegics, or suffer from cranial trauma. Together they will learn to be patient. They will resist, boast, argue, and seduce each other, but above all, they will find enough energy to learn how to live again.

Director: Evi Goldbrunner, Joachim Dollhopf
Cast: Jordan Prentice, Ella Frey, Luis Vorbach, Marco Licht
Production: 2016
Running time: 99 min
Language: In German with French subtitles
Eleven-year-old Michi lives in a children’s home. One day, he finds his real dad, Tom, who happens to be a dwarf. When the kids find out, Michi’s life becomes hell and he flees. With nowhere to go, he moves in with Tom, who is new to this fatherhood thing, while Michi tries to hide his embarrassment and shame from his fellow school kids. This forces Tom to confront his handicap head on. As time passes, they discover they have a lot in common until their relationship is again suddenly put to the hard test.

Director : Rémi Chayé
With the voices of : Christa Théret, Peter Hudson, Féodor Atkine
Production : 2015
Running time : 81 min
Danish – French Coproduction
Language : In French with English subtitles
1882, Saint Petersburg. Sasha, a young Russian artistocrat, has always been fascinated by the adventerous life of her grandfather Olukine. A renowned explorer, he designed a magnificent artic ship, the Davai, but he hasn’t returned from his last expedition to conquer the North Pole. Sasha decides to set out for the Great North to follow her grandfather’s trail in order to find the famous ship.

Just a few days are left to participate the Film Competition “AS INSIDE A MIRROR – Italy Viewed From Outside Italy” promoted by the Società Dante Alighieri in partnership with the Italian Ministry of Foreign Affairs.

On the occasion of the 17th edition of the Week of Italian Language in the World,”As Inside a Mirror” gives young emerging filmmakers, aged between 18 and 26 years of all nationalities, the opportunity to express their idea of and their relationship with Italy. The deadline for submission is 15 September 2017.

There is also a Special Prize from Switzerland, to be assigned to the best film produced by residents in Switzerland, who will win an access pass to every film showing of the 2018 edition of Locarno Festival.

For conditions and rules please visit the Italian Embassy Website. 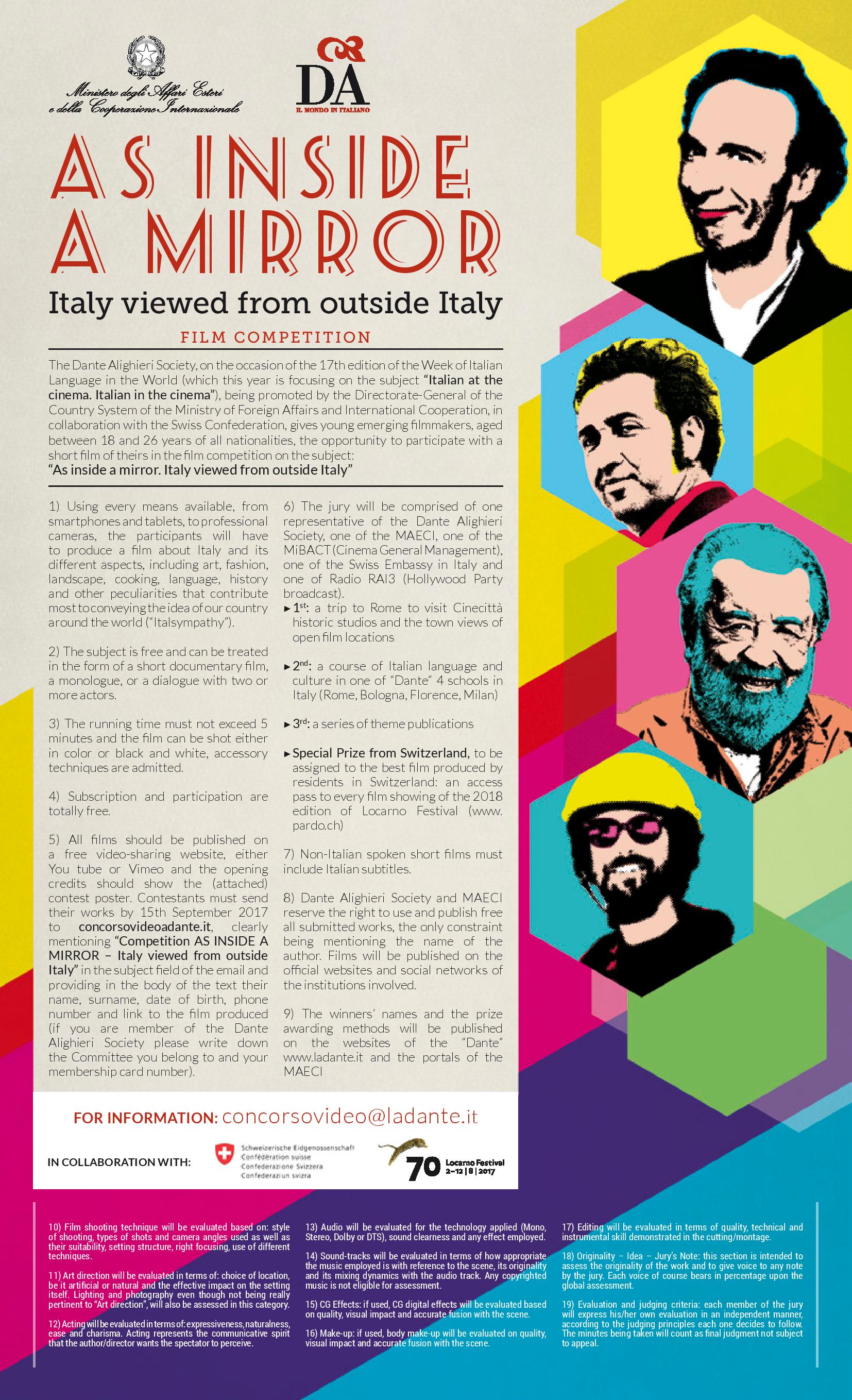