Warning: Parameter 2 to qtranxf_postsFilter() expected to be a reference, value given in /home/customer/www/dantealighierilebanon.com/public_html/wp-includes/class-wp-hook.php on line 292
 CERTIFICATIONS – Società Dante Alighieri Libano
Skip to content

Dante Alighieri Lebanon is authorized to issue the following certificates:

Dante Alighieri Lebanon is an Official Certifying Centre authorized by the PLIDA Head Office in Rome. The PLIDA certificate is an official diploma valid in Italy, Europe and in many other countries. It’s delivered by the Dante Alighieri Society and attests proficiency in Italian as a foreign language. It is issued in accordance  with the Italian Ministry of Foreign Affairs and International Cooperation  (Act No. 1903 of 4 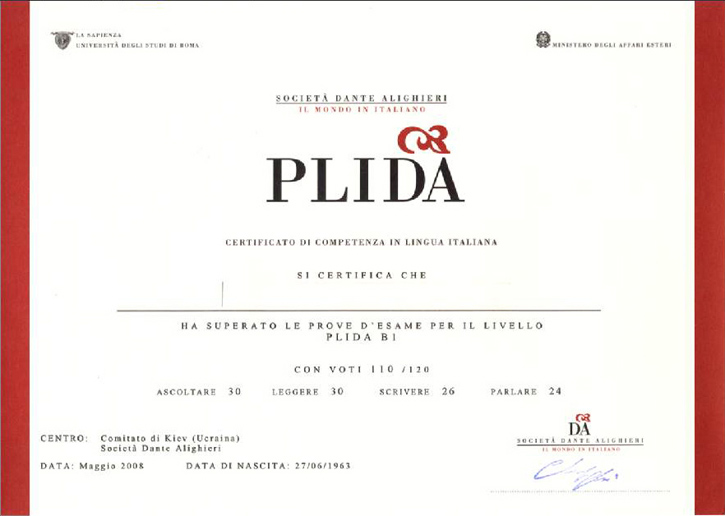 November 1993) and under the aegis of ‘La Sapienza’ University of Rome (agreement of 29 June 2004). The PLIDA certificate is also recognized by the Italian Ministry of Labour and Social Policies (decree of 18 October 2002) and by the Italian Ministry of Universities & Research (Ref. No. 1906 of 9 October 2006) as a qualification to facilitate university enrolment of foreign students. The PLIDA attests competences in italian as a foreign language on a scale of six levels, which represent the relative phases of learning. These six levels, from A1 to C2, in progression of difficulty, correspond to the levels of the Common European Framework of Reference for Languages (CEFR).

With the PLIDA certificate you may clearly show your Italian language level on your curriculum vitae and enroll in an Italian University (PLIDA level B2 -C1-C2) without having to take the mandatory Italian examinations. 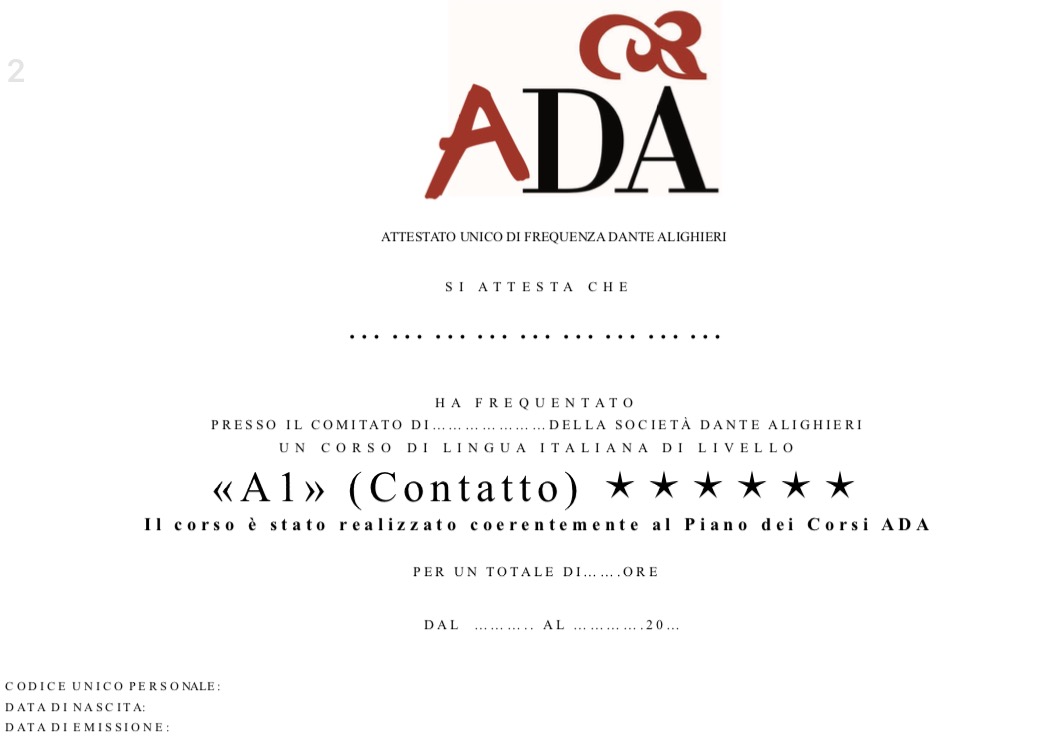 ADA certificate is issued by Dante Alighieri Head Office in Rome at the end of each language course and corresponds to the level of the course attended. ADA Certificate (Certificate Dante Alighieri), equal and unique all over the world, is traceable and certify the attendance at the courses whose Syllabus reflects the parameters of the ADA Course Plan.

The agreements and memoranda of understanding signed by the Società Dante Alighieri with institutions, universities, public and private language schools, ensure the marketability and recognition of ADA certificate.